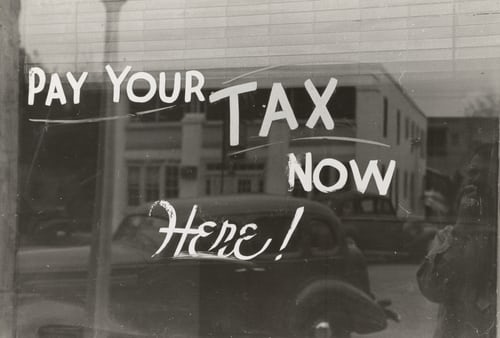 The penalty free program for overseas Americans delinquent on their tax returns.

The Streamlined Procedure is an IRS amnesty program that allows expats who are non-willfully behind with their US tax filing to catch up without facing any penalties.

If you have not filed your tax return for many years you may be eligible for IRS amnesty by filing the last 3 years of delinquent returns and the last 6 years of FBARs. Rachel Finch is an Enrolled agent and can help you resolve this issue before the IRS sends you a notice, in which case you might not be eligible for this amnesty program. Don’t delay though, as the program may not be available indefinitely.

What Are the Streamlined Filing Procedures?

The Streamlined Filing Procedures were created in 2012 as an alternative to the IRS’s other disclosure programs as a means of encouraging US expats to get caught up on their delinquent taxes.

In 2014, the IRS then expanded the Streamlined Procedures, allowing taxpayers to participate if they can explain in a written statement how their delinquency was not intentional.

What is the Aim of IRS Streamlined Procedures

The IRS Streamlined Procedures are designed for delinquent taxpayers – those who are late or have never filed – who can certify that that their failure to previously report all income, pay all tax, and submit all required tax information returns, including FBARs, resulted from non-willful conduct. This relatively low threshold simply requires that your delinquency was not intentional.
Taxpayers benefit from the IRS Streamlined Procedures by avoiding a number of potential penalties for late filing.

Participants in the IRS Streamlined Procedures avoid a number of potential onerous penalties, including:

Failure to pay penalty – 0.5% of the taxes due for each month outstanding (no cap)

Negligent or “non-willful” FBAR penalty of $10,000 per account per year

Criminal Penalties – A willful violation can result in the imposition of criminal penalties, which include additional fines and jail time

Under the Streamlined Foreign Offshore Procedures (for taxpayers residing outside the United States), the taxpayer is required to submit:

Under the program, the participant avoids all penalties, but is required to pay the following:

The Streamlined Domestic Offshore Procedures (for taxpayers residing in the United States) have the same submission requirements as the Foreign Offshore Procedures, namely 3 tax returns, 6 FBARS, and the non-willful certification.

(2) In addition to the requirement to pay unpaid taxes interest, the domestic offshore procedures bear a 5% penalty on the highest aggregate balance/value of one’s foreign financial assets (while the foreign offshore procedures have no such penalty).

The Form 14653 non-wilful certification is submitted with your IRS Streamlined submission and gives you the opportunity to explain how your conduct was non-wilful. The forms asks you to include the following:

-Specific reasons for your past failure, whether favourable or unfavourable to you, including your personal background, financial background, and anything else you believe is relevant to your failure.

-An explanation as to the source of funds in all of your foreign financial accounts/assets. For example, explain whether you inherited the account/asset, whether you opened it while residing in a foreign country, or whether you had a business reason to open or use it.

-An explanation of your contacts with the account/asset including withdrawals, deposits, and investment/ management decisions.

-A complete story about your foreign financial account/asset.

-If you relied on a professional advisor, provide the name, address, and telephone number of the advisor and a summary of the advice (this requirement was previously included).

-If married taxpayers submitting a joint certification have different reasons, provide the individual reasons for each spouse separately in the statement of facts (this requirement was also previously included).

When participating in the IRS Streamlined Procedures, various tax issues need to be analysed in order to file previous returns in the best manner possible and mitigate the payment of back taxes to the IRS. Some of the issues that are normally addressed in the case of U.S. expats include:

The following are some the more frequently asked questions that we receive about the IRS Streamlined Procedures.

Do I need to disclose my entire tax history?

No. One of the main benefits of participating in the Streamlined Procedures is that you can become completely compliant with your expat taxes without having to disclose your entire past. The IRS recognized that gathering financial information about the distant past can be cumbersome, if not impossible, so in order to encourage disclosure, it limited the tax years that require filing. Under the Streamlined Procedures, taxpayers are required to file only the prior 3 years of tax returns, including required information returns, and 6 years of FBARs.

Can I completely reduce or avoid penalties under the IRS Streamlined Procedures?

A taxpayer who qualifies for the foreign offshore Streamlined Procedures can come clean with the IRS and suffer no penalties. In order to qualify, a taxpayer must fulfill a non-residency requirement and certify that that the failure to report all income, pay all tax, and submit all required information returns, including FBARs, resulted from non-willful conduct.

Unpaid taxes and interest must be paid, if due, but in many cases, taxpayers can utilize the Foreign Earned Income Exclusion and/or foreign tax credits to reduce or eliminate taxes due.

Are the IRS Streamlined Procedures my only option for tax amnesty?

No. While the Streamlined Procedures is the most popular tax amnesty program, there are a number of additional options available to delinquent taxpayers.

For example, there are special programs and procedures for taxpayers who have only failed to file FBARs or have failed to include an informational form with their tax return, such as the form for ownership of a foreign corporation.

Are the IRS Streamlined Procedures a permanent feature of the IRS?

No. Contrary to popular belief, the IRS has given no certainty that it will maintain its tax amnesty programs on a permanent basis. In a recent interview, IRS Commissioner did express that the IRS is a long way from moving away from the voluntary disclosure programs, but at some point, once ignorance is no longer a valid excuse, the programs will come to an end or become significantly modified.

For this reason, if you are an expat who is late on filing your U.S. tax returns or FBARs, you should consider coming clean sooner rather than later. A number of options are currently available to you, including and in addition to the IRS tax amnesty programs. Each option has its advantages and disadvantages, and choosing the best way forward requires a careful analysis of your particular facts and circumstances.

Where can I find more information about the IRS Streamlined Procedures?

The IRS website also has a number of helpful web pages describing the Streamlined Procedures rules and procedures.

Rachel Finch is an Enrolled Agent and has many years of US expat tax experience, including how the Streamlined Tax Amnesty program works. To speak to an adviser about your US/UK Tax affairs, please call Rachel Finch, Director, on 01275 867350. Alternatively, you can send a message to the team now.